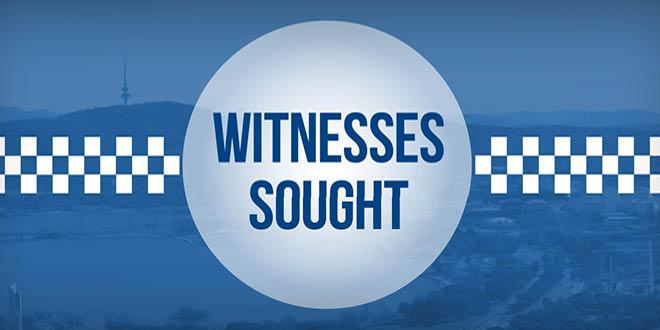 Witnesses and dam dash footage are being sought to a crash and erratic driving on Drakeford Drive.

ACT Policing say on Monday afternoon a white Mazda 3 allegedly collided with a silver Toyota Hilux at the intersection of Drakeford Drive and Sulwood Drive.

A police patrol at the intersection chased the car after it fled the scene, but the driver failed to stop.

The driver was later arrested in Waramanga and the car was found in Weston.